…that God created earth and earthlings, as well as all that exists.

…that God loves the creation and called it ‘good.’

…that human beings, who were meant to be caretakers of the Earth, sought to be God-like instead of trusting in God to care for them.

…that this rebellion brought into the creation what we call “Sin” – a broken dependence on ourselves and things that are not God, leading to selfishness, fear, and death instead of a loving trust in God that leads to love for the neighbor and a life of mutual service to the world.

…that God was not content to leave his beloved world in this state, but pursued us in love through a series of covenants (promises).

…that after once purging the creation, God unconditionally covenanted (promised) never again to destroy the Earth but to ultimately make peace by pouring out his wrath on himself.

…that God chose a family through which to work this peace, making an unconditional covenant (promise) of blessing for all the nations of the world through them.

…that God made another covenant (promise) – but this time, a conditional one! --  that he would bless this family as a nation as they were faithful to God.

…that predictably, because of the nature of sin, the nation could not keep their end of this covenant (promise), demonstrating the need for God to do something new that relied on God’s faithfulness alone.

…that God covenanted (promised) to do exactly that, sending a Messiah (Christ, anointed one) to deliver his people.

…that the Messiah God sent was God-in-the-flesh, Jesus of Nazareth, born to a human mother from the chosen family but conceived by the power of God. He was human, but without sin.

…that Jesus the Messiah lived out a three-year ministry on Earth. He taught about God and what his reign look like. He healed and delivered people from various sicknesses and powers. He also pointed consistently to his deliverance of the entire creation that would happen in his death and resurrection from the dead.

…that on Thursday of what we call “Holy Week,” Jesus announced a new covenant (promise) not only to the chosen family but to all people. This new covenant would be a promise of unconditional forgiveness and peace with God accomplished through the shedding of his blood.

…that on that very night, Jesus was betrayed to enemies among God’s chosen family, who in turn delivered him to representatives of the Roman Empire to be put to death via crucifixion, the Roman means of capital punishment, for the crime of sedition (treason) against the Roman Empire.

…that on the day we call “Good Friday,” Jesus the Messiah, though innocent and without sin, died as a criminal among criminals. In doing so, he took upon himself responsibility for the sin of the entire creation.

…that on the morning of the third day, the day we call “Easter Sunday,” God raised Jesus the Messiah from the dead.

…that the risen Jesus is a prototype for all human beings who, connected to him in a trust relationship, will also be risen from the dead at the end of time.

…that this risen Jesus appeared to many, and promised them that he would continue to be present among them and live in them through his Holy Spirit.

…that Jesus bodily returned to the presence of God.

…that Jesus indeed poured out his Holy Spirit on those who believed in him, empowering them to be witnesses to the world of what he had done to bring salvation and forgiveness of sin.

…that this community, empowered by the Holy Spirit gave witness to Jesus and through that witness many came to believe.

…that even today, this community gives witness to Jesus both by telling the story and by living out lives of service and sharing Messiah’s forgiving love with the world.

…that God is calling you to trust in him, and thereby be connected to the new covenant made in Jesus’ blood, that you may have life with God now and even be raised from death on the last day to live beyond time itself.

Spirit of Christ Lutheran Church is a member of the Lutheran Church – Missouri Synod. For more information about the official beliefs and practices of the LC-MS, visit their website at http://lcms.org/belief-and-practice 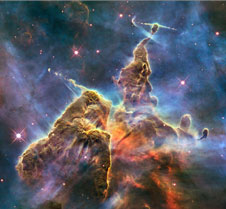